The Mayor of London’s direction of refusal on 4 September 2017 in relation to a section 73 application to amend a 2016 planning permission for redevelopment of the former Metropolitan Police’s headquarters, so soon after publication of the final version of his affordable housing and viability SPG (see my 20 August 2017 blog post, 20 Changes In The Final Version Of The London Mayor’s Housing & Viability SPG) has certainly focused minds.

The sale of New Scotland Yard was reported in the Guardian in December 2014 under the headline “Daylight robbery? New Scotland Yard is bought for £370m by developer: Abu Dhabi investor buys famous police headquarters for £370m and says he will replace the block with luxury apartments”. The piece reports that the then Mayor’s Office for Policing and Crime “put New Scotland Yard on the market in September [2014] and said it would have cost over £50m to bring the building back up to standard. It bought the freehold for £123.5m in 2008. The sale forms part of a major revamp of the Met estate, which has raised £215m so far through the sale of 52 buildings (with plans to sell up to 200 buildings by 2016/17). The overhaul is estimated to save over £60m in annual running costs by 2016.” The then Metropolitan Police Commissioner was reported as saying that the sale was “absolutely vital“. The move was going to save more than £6m a year in running costs. The sale proceeds “would be used to kit out bobbies on the beat with tablets, smartphones and body cameras.”

The piece reports the sale agent as saying that the sale showed “continuing international confidence in the London market”. “What was clear was that all the bidders could appreciate just what a special opportunity it was”.
The article goes on: “The new luxury apartments are expected to generate up to £100m in stamp duty when they are sold, as they will be priced over the £925,000 level that attracts a 10% rate.”
The police vacated the building in November 2016 once the purchaser, BL Development Limited (registered in Jersey but reported in the press as “an investment vehicle controlled by UAE-based Abu Dhabi Financial Group”) obtained planning permission from Westminster City Council in April 2016 for a redevelopment comprising 268 apartments. The section 106 agreement dated 27 April 2016 provides for ten affordable homes together with a £10m payment in lieu – and no review mechanism, so a once and for all deal.
The previous Mayor, Boris Johnson, did not intervene in the planning process. Indeed, the timing rather suggests that the application was referred to him in the run up to the 5 May 2016 Mayoral election and conveniently planning permission was issued before Sadiq Khan’s success in that election.
I do not know how rigorous or otherwise the viability assessment was at that stage, but it does seem that the benchmark land value used was £277m, some way below the amount that the developer had to pay in reality to secure the site. The sale of this public sector land generated £370m, a figure which would otherwise have come from the tax payer to subsidise police operations. The developer was going into the viability negotiation only able to assume a value for the site that was almost £100m below what it had paid, so it could hardly be said that the whole of the problem lies at the door of the developer for having overpaid for the site in a highly competitive disposal process.
The Mayor could of course have required as a condition of the sale process that the purchaser provide a minimum of affordable housing and thereby depressed everyone’s bids, and ultimately the sale price, accordingly. He didn’t – a political choice.
The same month as the police leave the building, November 2016, BL Development Limited make a section 73 application to optimise the scheme – a further 27 apartments, reduced basement space, fewer car parking spaces, other design changes. Its viability assessment seeks to justify (a position accepted by Westminster City Council’s viability consultants) that no further affordable housing can be secured without the scheme being unviable, meaning a reduction in the percentage of affordable housing that would be delivered (net of the in lieu contribution) from 4% to 3%.
Westminster City Council resolves on 16 May 2017 to approve the application, despite strong concerns expressed by the Mayor at stage 1 referral on 20 March 2017. There is then a very long delay before the final stage of the process, namely stage 2 referral to the Mayor where he has a fixed 14 days’ period within which to decide whether to wave it through, call it in or direct refusal. I have no direct knowledge but I assume that discussions were continuing with the Mayor’s viability team to seek to neutralise their position and in any event to make process with the necessary variation to the section 106 agreement – perhaps also to await sight of the final version of the Mayor’s affordable housing and viability SPG. The Mayor’s SPG is published on 16 August and the application is finally referred on 24 August. On the day before the application was referred to the Mayor the applicant increases its affordable housing offer by one unit, on a “without prejudice” basis, on the condition that no viability review mechanism would be required.
Big stakes for the developer. Is the Mayor going to intervene on such a high profile site which has generated a massive return for his authority? But, on the other hand, how would he maintain credibility in his SPG without intervening on a scheme with, at face value and without descending in detail into the viability position, such a low level of affordable housing, both as originally granted (just before he could do anything about it) and (particularly) as amended?
The application was a natural one to choose from the Mayor’s perspective as it gives rise to a number of the issues addressed in the SPG, for instance:
– approach to section 73 applications

The Mayor’s direction states that the “level of affordable housing provision proposed is wholly unacceptable” for two reasons:

So what were the problems identified?
1. The applicant’s viability consultants argued that the 2016 permission had been implemented and that it should should form the basis of comparison with the amended scheme to determine whether it is viable. The 2016 permission viability assessment had previously concluded that the 2016 permission scheme was not viable even with no affordable housing. The applicant had since reviewed its assessment of that scheme and asserted that it was now in fact viable due to assumptions as to lower build costs, lower finance costs and a lower profit target, leading to a higher benchmark land value (£159.34m). When the extant scheme is being used as the baseline for the section 73 scheme, obviously improvements in the viability of the extant scheme raise the bar in terms of how profitable the section 73 scheme would need to be. The report found that this approach was inappropriate “and leads GLA officers to conclude that more affordable housing could have been achieved within the extant scheme, or otherwise that the extant scheme does not provide a reasonable basis for determining the viability of this s. 73 scheme”.
2. The Council’s viability consultants do not escape criticism. They had adopted a market value approach to arrive at a benchmark land value of £200m but, in the view of GLA officers, the consultants had “not demonstrated that their approach to site value properly reflects planning requirements for affordable housing or has been adjusted to ensure that it is compatible with the current day basis of the applicant’s assessment, as required by the Mayor’s SPG”.

3. The applicant’s appraisal apparently did not factor in a £19.5m reduction in build costs due to a reduction in the size of the basement.

4. An IRR (internal rate of return) approach was taken to determining a target profit. The SPG states that an IRR approach “is sensitive to the timings of costs and income, and in such cases these value inputs must be robustly justified“. The report finds that the development programme assumed for the project of 8.4 years was long for a scheme of this size and inconsistent with the construction plan submitted with the ES. Slower assumed delivery would depress the profitability of the scheme. A cross-check of profit as a factor of gross development value and of gross development costs (now required by the SPG where IRR is used) showed higher than typical rates of profit. An additional contingency on construction costs was included which was not agreed.

5. The absence of early and late stage review mechanisms was deprecated. The developer unsuccessfully argued that to include them would be a disincentive to proceed with the section 73 scheme, as opposed to the extant scheme, which does not have them.

6. There is then this political point which I feel uneasy about given the extent to which the previous Mayor had extracted value from the site via the disposal process: “This is a site that has recently been transferred from public ownership, and is in one of the highest value areas in the country. The applicant’s affordable housing offer of 3-4% must be considered in this context.”

So what next? BL Development will need to decide whether to (1) appeal against the directed refusal (which would be a fascinating test of the status to be given to the SPG and indeed the robustness or otherwise of the various viability approaches) (2) sharpen its pencil with a view to a further application or (3) simply build out the extant scheme, fewer units, the agreed affordable housing provision, no review mechanism.
More widely there are some public policy issues arising as to public land disposals. Maximum value can be extracted at the disposal stage or the disposal opportunity can be used to require, as a bid condition, higher levels of affordable housing than would be possible if the site were sold on an unconstrained basis. But (pace Boris Johnson) you shouldn’t be able to have your cake and eat it.
Simon Ricketts, 9.9.17
Personal views, et cetera 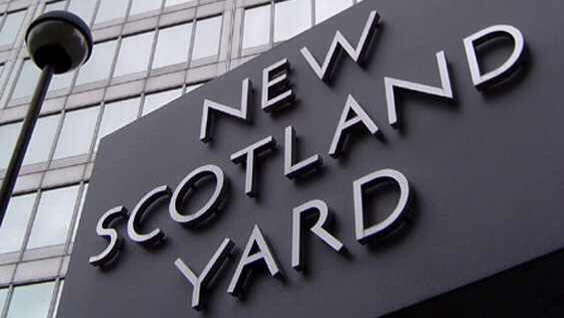