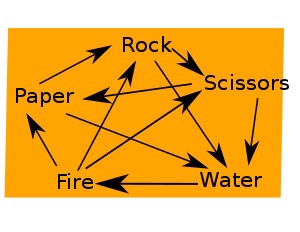 We all had a good, evidence-based, moan about CIL on clubhouse last week.

Stonewater (2) Limited v Wealden District Council (Thornton J, 15 October 2021) is of course only the latest example of the complexities and uncertainties that arise – in particular on the question of application of reliefs and exemptions (the importance and number of which has been driven by the fact that CIL liability is in most cases so significant) but also on the question of how to mesh the operation of the CIL regime with the operation of the planning system without jamming the whole thing up.

There are plenty of good summaries and critiques of the judgment by now (for instance this Town Library summary by my colleague Safiyah Islam, or this 18 October 2021 blog post by Nicola Gooch, CIL, S.106 Agreements & Affordable Housing Relief: What happens when the housing crisis hits political reality).

This is my take:

Stonewater’s model was more enlightened than that of the developer which had secured the permission. Stonewater “regularly acquires sites which are subject to a section 106 agreement which secure a low or policy compliant level (35%) of affordable housing, with a view to increasing affordable housing delivery to 100%. The Court was told that this is not unusual, and the Claimant is not alone in doing so. Grants from Homes England are based on the principle that registered social housing providers provide additional affordable housing over and above the levels secured in planning obligations.”

Relief from CIL is available for affordable housing via social housing relief. There are criteria set out in regulation 49 of the CIL Regulations which do not include any requirement that the affordable housing is secured by way of section 106 agreement or condition. After all, if there is a clawback period of seven years within which CIL has to be paid with interest if the occupation no longer meets the criteria for relief.

It might be asked why Stonewater didn’t simply enter into the section 106 agreement required – but of course that would have been likely to destroy its entitlement to Homes England funding given that on the face of it there would then be no additionality, and why should it enter into a further agreement if that was not required by the Regulations? Stonewater challenged the council’s decision by way of judicial review. The first issue melted away once the Secretary of State was joined as an interested party and the council conceded that a section 106 agreement obligation that a dwelling be delivered as affordable housing is not a prerequisite to a claim for social housing relief (although it can be useful evidence that the dwellings will be used in a way that meets the criteria for relief) – as did any notion that the relief is discretionary on the part of the authority rather than mandatory. So the only question was whether delivery of more than 35% of the homes would be in breach of the section 106 agreement.

The judge saw the 35% requirement as fixed, not a minimum:

“In my assessment, the language of the document points to an interpretation that the agreement controls the amount of affordable housing that can come forward, by fixing a specific requirement of 59 dwellings or 35% affordable housing. Paragraph 2(iii) of Schedule 1 says that precisely 35% of the units in any phase must be affordable. Accordingly, if the development proceeds in multiple phases, there must be 35% in each phase and thus, inevitably, as a matter of maths, 35% in aggregate. This specific requirement permeates the definitions, which draw a clear distinction between the ‘Affordable Housing Units’ which are “the 59 Dwellings … which shall be for use as affordable housing” and ‘the Private Dwelling Units’ which means everything other than the 59 Dwellings. Paragraph 3 of Schedule 1 provides the mechanism whereby the Council can exercise control in all cases (not just multiple phases) over the provision of affordable housing. The, broadly defined, Affordable Housing Scheme must be submitted for approval and development may not commence until the Council has approved it.

Accordingly, a scheme which provides less, or more units, of affordable housing would not comply with the section 106 requirement to provide 59 units and hence would be contrary to its terms and to that extent unlawful, albeit the Council would have a discretion to vary the Section 106 agreement or enter into a new agreement.”

I must say I find this a strained interpretation. As the claimant pointed out, there would be no reason in policy to restrict the amount of affordable housing in the scheme – why should the developer not be free to dispose of any of the dwellings at less than market value? Indeed, although not I think mentioned in the judgment, how would such a restriction meet the test in regulation 122? Would an authority really succeed in arguing that a developer was in breach of its section 106 agreement if it disposed of market units at less than market value? Of course not.

The judge asserted that “whilst affordable housing is generally desirable in policy terms, it does not follow that more affordable housing is always desirable without limit. There may be proper planning reasons to prefer a mixed scheme. For example, in this case, the Court’s attention was drawn to extracts from the Planning Officer’s report which suggest the expected CIL receipts from a scheme with 35% affordable housing were relevant to the decision making. The highways authority had expressed concern about the potentially severe impact from the development on the local highway network and considered mitigation was required. It was common ground that the necessary mitigation was to be funded by the CIL receipts from the development. However, it is neither necessary nor appropriate for this court to evaluate any preference for a mixed scheme on the facts of this case. It is sufficient to say that it is in accord with the statutory planning context, and / or “common sense”, to have a section 106 agreement which retains control over the provision of affordable housing. This does not defeat the achievement of more affordable housing since the Council, in the exercise of its planning judgment, may vary the Section 106 to permit this, if persuaded of its desirability.” However, how does this sit with the council’s position that it would grant the relief simply if Stonewater entered into a section 106 agreement varying the previous arrangements and requiring all the dwellings to be affordable?

Surely, instead, this was an overly prescriptive reading of the Regulations on the part of the authority and a strained interpretation of the section 106 agreement on the part of the judge? It is truly depressing to think about how long commencement of development is held up on schemes until disputes such as this are resolved – and how so much money has been wasted on all sides.

This week’s Planning Law Unplanned delicacies on clubhouse, at 6pm on Tuesday 16 November, will be Sage and Tulip. We’ll be hearing from Kate Olley, who appeared for Mr Sage in the recent High Court case on the important and topical question as to when planning permission is needed to run a business from home, and we’ll be discussing the Secretary of State’s refusal of planning permission for the Tulip in the City of London. Aside from Kate, our guests include arch-planorak, barrister Zack Simons. Thoughts on the decisions? Then join us, to listen or participate. Link to app here.