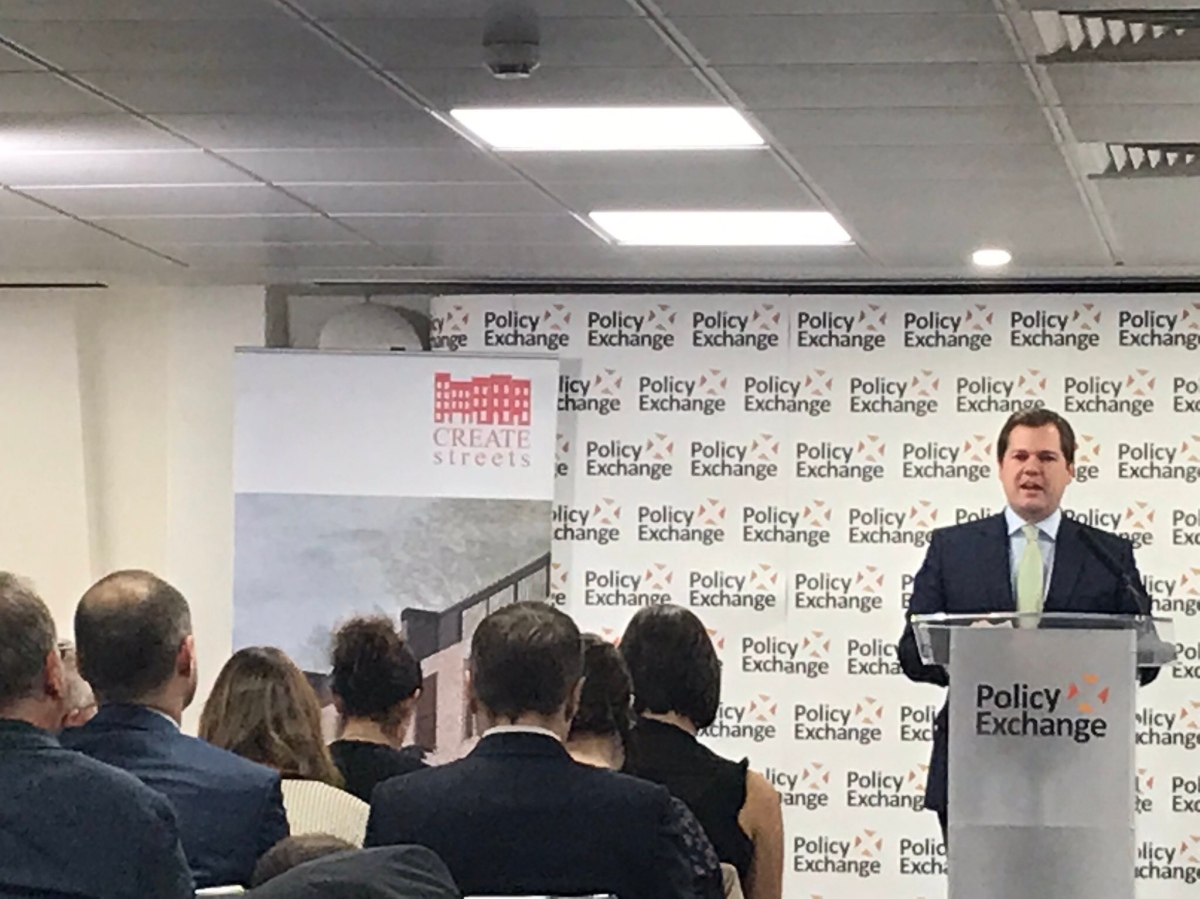 This is about Robert Jenrick’s 23 October 2019 announcement of the ‘most ambitious heritage preservation campaign for 40 years‘.

Whilst we are in political lock-down, there is time to look at it in more detail and in particular at the concept of locally listed buildings, central to the campaign that Jenrick laid out as Communities Secretary, jointly with the Culture Secretary Nicky Morgan.

The following initiatives were announced, now of course all on pause:

⁃ “The new campaign will challenge every single local authority across England to draw up lists of buildings of significant historical and cultural value to an area, ensuring important local monuments are no longer left neglected and unloved.”

⁃ “Local people will be empowered to nominate heritage assets which are important to them and reflect their local area and identity, supported by a team of heritage experts, funded by £700,000 to help 10 English counties identify areas which need protecting.”

⁃ “Historic England will launch a national campaign on local identity getting the country talking about what defines our heritage.”

⁃ “The Communities Secretary is taking the direct step of contacting every parish council in England to make sure they are conserving the buildings which have played a remarkable role in their local history and need our support.”

⁃ “In addition, a local heritage champion will be appointed to spearhead the campaign and encourage councils to increase local listings.”

I was at the announcement on 23 October, made at a Policy Exchange and Create Streets breakfast event (my, I had imposter syndrome). The transcript of his speech makes interesting reading, particularly the passages I have emboldened:

… so they can be at the heart of the process of recognising, defining and protecting the buildings they truly value.

Because we know that, where buildings are on local or national heritage lists, they are often shielded from development.

And that, again, builds consent for development and builds better communities.

Until now, this has mostly been the domain of our local planning authorities.

But only 50% of planning authorities even have these lists, and where they do, they are often out of date or incomplete.

Protecting the historic environment must be a key function of the planning system.

All local planning authorities must play a far more proactive role in supporting local communities and heritage groups to identify and to protect more historic buildings.

In the 1980s, Michael Heseltine reinvigorated our national heritage lists. And now I want to complete that work and to do the same at the local level.

As a first step, I am announcing, what I think will be the most ambitious new heritage preservation campaign since Michael’s work 40 years ago.

We will start with 10 English counties and support them to complete their local lists and to bring forward more suggestions for the national statutory lists as well.

It will see local people coming forward to nominate the buildings and community assets they cherish – protecting them for future generations.

We’re backing this programme with £500,000 of government investment – giving counties the tools, funding and expertise they need to shift their approach to heritage and conservation up a gear.

To help us do this, we will appoint a National Heritage Advisor to support this vital work and to make sure that Government is actually delivering. I want to thank Marcus Binney, Simon Jenkins and the SAVE team for their input and inspiration for this initiative.

We hope this will help boost conservation efforts in these counties, enabling fresh engagement with local communities and heritage groups.

But our work doesn’t stop there.

We are also working with the Department for Culture and with Historic England on developing an entirely new heritage conservation programme. We are going to be supporting Historic England to develop a new process to enable faster community nominations of important heritage assets in the new Heritage Action Zones.”

If the new Government returns to this thinking, great care is needed in my view to manage the public’s expectations, in two ways:

1. What is local listing in the first place? It is not statutory listing.

2. What criteria are to be applied before buildings are locally listed.

Obviously, locally listed buildings do not qualify for the statutory protection that is given to listed buildings and conservation areas, either by way of additional consenting procedures or the specific policy tests to be met in relation to those statutorily designated heritage assets.

Locally listed buildings comprise non-designated heritage assets for the purposes of the NPPF.

The glossary to the NPPF defines “heritage asset” as follows:

“A building, monument, site, place, area or landscape identified as having a degree of significance meriting consideration in planning decisions, because of its heritage interest. It includes designated heritage assets and assets identified by the local planning authority (including local listing).”

The Government’s planning practice guidance explains how non-designated heritage assets (including locally listed buildings) are to be identified. I have emboldened the passages which are potentially in conflict with the approach identified by the Secretary of State:

“There are a number of processes through which non-designated heritage assets may be identified, including the local and neighbourhood plan-making processes and conservation area appraisals and reviews. Irrespective of how they are identified, it is important that the decisions to identify them as non-designated heritage assets are based on sound evidence.

The content of Historic England’s advice on locally listed heritage assets is identified as “under review” (presumably linked to the Government’s announcement).

There is a lot of advice already out there! Is it just that the lack of local government resources over recent years has meant that too little attention has been given to local lists? Or is it that the Government is advocating a wholly new, “don’t listen to the experts, what buildings in your community do you cherish?” approach?

I do worry that Jenrick is in danger of overselling local listing by describing it as a process to seek to ensure that buildings are protected “for future generations” or that is likely to lead to them being “shielded from development”. Local listing is presently an objective but relatively light-touch process. The Government can’t have it both ways.

If the strategy is to let a million local listings bloom through a less objective, more community based process, plainly the policy tests to be passed, in relation to proposals that might affect them, need to be loosened: brownfield development will become even more difficult. Or if the strategy is to maintain the policy tests, surely we must ensure that that buildings are only locally listed on “sound evidence”?

And what do we think of the suggestion in the speech that this initiative “builds consent for development”?

Heritage PS: Did you see that Yorkshire case, R (James Hall & Co) v Bradford MDC (HHJ Belcher, 1 November 2019), which confirmed that “negligible” or “minimal” harm still equates to “harm” for the purposes of the heritage tests in the NPPF? Thumbs up for the obviousness of the conclusion, to a question which has previously generated much learned London discussion. A bit of a “you can’t be negligibly or minimally pregnant” moment.