Every part of me says, “Go ahead”

I got my hopes up again, oh no, not again

The seed of all this indecision isn’t me, oh no

‘Cause I decided long ago

But that’s the way it seems to go

When trying so hard to get to something real, it feels”

First the Sevenoaks plan was knocked back on failure of the duty to cooperate (see my 26 October 2019 blog post More Plans Grounded: West Of England; Sevenoaks; London), now Wealden.

As always, it is interesting to start with the “taking the moral high ground” toned press statement.

“Throughout the Local Plan process, we have always tried to find the right balance between the need for growth in housing and employment land, and the need to protect our unique environment,” said Councillor Bob Standley, Leader of Wealden District Council.

“Our approach to protect the environment has been supported by our Councillors and many of our residents.

“Unfortunately, the Planning Inspector, following last summer’s Examination in Public of our Local Plan, has found that we put too great an emphasis on protecting the environment and that we need to do more to build houses in Wealden which our neighbouring councils cannot accommodate.

“Regrettably, this will inevitably have impacts on our communities. We acknowledge that there is already significant pressure on infrastructure; such as roads, doctors, dentists, schools and sports facilities. A requirement to build more homes will only have a greater impact on those facilities, which will require further investment.”

It is interesting then to turn to the forensic dissection of the council’s approach, its multiple failings laid bare in the inspector’s 20 December 2019 letter.

I wrote about Wealden’s previous run-ins with Natural England, adjoining authorities and the courts, all basically about the extent that the council is entitled to rely on environmental concerns to reduce housing numbers within its district, in my 8 April 2017 blog post Heffalump Traps: The Ashdown Forest Cases.

My 12 October 2019 blog post SOx On The Run explained the background to the Government’s intervention to prevent the new Lib Dem administration at South Oxfordshire from withdrawing the plan which the previous Conservative administration had submitted for examination.

Secretary of State Robert Jenrick has now written on 6 January 2020 to the council indicating that he is considering whether to use powers to ask Oxfordshire County Council to prepare the Plan.

“In this context, I would like to take this opportunity to ask you to outline by 31st January 2020, if there are any exceptional circumstances as to why you do not have a plan in place that I should take into account when I make a decision on next steps.”

Eastleigh Borough Council is in the middle of an examination of its submitted local plan. It has not been uncontroversial locally:

“Hundreds of campaigners, along with local TV crews, converged on the Botleigh Grange Hotel yesterday morning as Action Against Destructive Development (ADD) staged a demonstration on the second day of the public examination of Eastleigh’s Council’s Local Plan.

Organisers estimated 400 hundred people had braved the rain to attend the early morning “show of strength” as residents from Eastleigh’s Northern and Winchester’s Southern parishes united in opposition to council plans to build thousands of new homes and a motorway link road in countryside just North of Bishopstoke and Fair Oak.  It was reported that so many people had turned up, some were forced to park at the Ageas bowl two miles away.”

31 year old career politician Paul Holmes was elected to represent the Eastleigh constituency in the December 2019 general election, replacing fellow Conservative Mims Davies, who is now MP for mid-Sussex. Ms Davies was a long-time opponent of the (Lib Dem) council’s plans – indeed oddly (and surely contrary to convention) there are still campaigning pieces by her about Eastleigh on her official website despite now representing another constituency:

“Our community must be heard. Real democracy is missing across Eastleigh in the local planning process. Our beautiful green spaces are under direct threat from the plans of the Council. We need to use brownfield land first. That is why I joined with community groups to make a strong submission to the Eastleigh Local Plan process. The Council should serve Eastleigh residents and not developers.”

Indeed he asked a question about the local plan at Prime Minister’s Questions on 8 January 2020:

“My right hon. Friend has always been a vocal advocate of localism, so what advice can he give to my constituents who are concerned about the local Lib Dem council’s unwanted housing plan in Eastleigh, which would lead to even more overdevelopment without securing the vital infrastructure that Eastleigh needs?”

“I am not surprised by what my hon. Friend says about the cavalier behaviour of the Lib Dem council in Eastleigh. We will ensure that, in so far as we need to build many more homes, which we do, we will supply the infrastructure necessary and do it on brownfield sites.”

(Sigh, that brownfield sites reference. That’s what they all say, isn’t it? What did Mr Holmes do on the very first day in his new job? He objected to proposed development on just one such brownfield site, the GE Aviation site in Hamble Lane, and the application was duly refused by members in spite of officers’ recommendation to approve).

I wrote about other examples of MPs intervening in local plan processes in my 13 July 2019 blog post Less Than Best Laid Plans: Political Pragmatism. 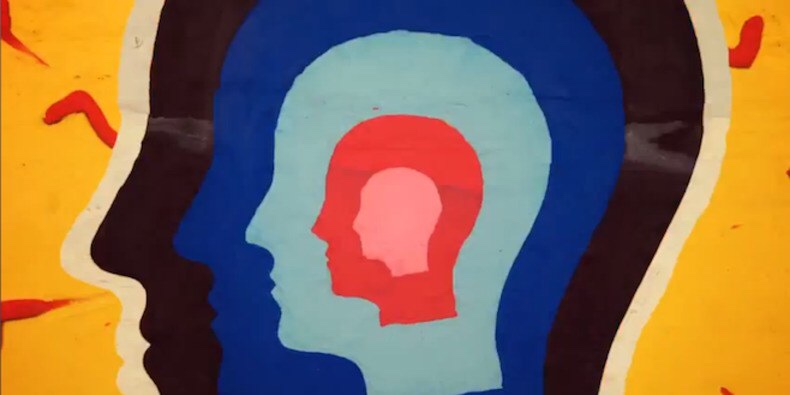 Image from Tame Impala video for Feels Like We Only Go Backwards.