Feeling a little Proustian après MIPIM? Where did that time go?
Some minor changes have been made this month to PD rights, more significant changes are possibly still to come and some existing PD rights remain controversial.
The minor changes
The Town and Country Planning (General Permitted Development) (England) (Amendment) Order 2018 was made on 8 March 2018 and comes into force on 6 April 2018. It makes various detailed amendments to the existing regime, the most significant ones being:

– Extending the existing temporary right to change use of a building from a storage or distribution centre to a dwellinghouse, which was shortly to expire. The prior approval date must be by 10 June 2019 and the change of use must be completed within three years of the prior approval date.
– Expansion of the permitted development right to change the use of agricultural buildings to dwellinghouses such that the maximum amount of floorspace that may be converted is increased from 450 sq m to 465 sq m and up to five dwellinghouses may be created from that floorspace rather than three.

– Enabling the Secretary of State to pause the 28 day period for prior approval where he is considering calling in an application for his own determination.

The more significant possible further changes
In my 15 June 2016 blog post Permitted Development: What Next? I speculated as to whether two further permitted development rights would be created, which the Government had previously contemplated, namely:

– Office demolition and residential rebuild
– Upward extensions in London
21 months later, the position is still uncertain in relation to both proposals. If they are introduced their scope could well be wider than initially envisaged, but will they? More lost time if they are introduced and prove to be successful in increasing housing supply.
We had heard nothing on office demolition and residential rebuild since Brandon Lewis’ October 2015 announcement, and it was assumed that the idea was dead, until the unexpected announcement in the Autumn 2017 budget policy paper that “the government will consult on introducing… a permitted development right to allow commercial buildings to be demolished and replaced with homes“.
Was the reference to “commercial buildings” intentionally wider in scope than just offices? What would be the prior approval requirements? Would there be a floorspace cap? I had hoped for an update alongside the draft revised NPPF announcements in February or alongside the Spring budget statement this month but still we wait.
Similarly, we had heard nothing about the proposed PD right for upward extensions in London since a joint Mayor of London/DCLG consultation paper in February 2016. The ministerial policy statement on 5 February 2018 appeared to make it clear that the initiative (now across England, not just London) would be dealt with by policy, within the NPPF. But then Sajid Javid’s speech launching the draft revised NPPF on 5 March 2018 had this passage:
“And there are also other areas in which we’re ready to go further to take the delivery of housing up a gear.

Including a new permitted development right for building upwards to provide new homes.”
I’m left scratching my head in relation to both proposals, frankly.

Office to residential and other existing PD rights
The office to residential permitted development right remains controversial. Undoubtedly it has delivered in terms of increasing housing stock, although with a free ride for developers in terms of affordable housing and other contributions and in some areas jeopardising the stock of office floorspace. Quality of the conversions has been variable. But, in a housing crisis, has the end justified the means?
The Local Government Association published some campaigning research One in 10 new homes was a former office against the right on 18 January 2018.

The current areas exempted from the right will lose that exemption from 31 May 2019 and many authorities are taking steps to remove it in any event by way of Article 4 Direction, for instance recently Westminster City Council (see its 26 January 2018 report to cabinet). Indeed, policy SD5 F of the draft London Plan supports that approach:
“The Mayor will work with boroughs and support them to introduce Article 4 Directions to remove office to residential permitted development rights across the whole of the CAZ and the Northern Isle of Dogs (and those parts of Tech City and Kensington & Chelsea lying outside the CAZ)”
It will be interesting to see how this tension with national policy is addressed at the examination into the draft plan.
In the meantime, inevitably given the complexity now of the PD rights regime and its advantages for developers in many situations over the traditional planning applications procedure, we have seen an increase in litigation as to the nuts and bolts of the prior approval procedure.

Most recently, in R (Marshall) v East Dorset District Council (Lang J, 13 February 2018), prior approval for the erection of an agricultural building was quashed on the basis that the PD right excluded buildings for the accommodation of livestock, whereas the application for prior approval had indicated that one of the proposed uses of the building was to “winter house 45 ewes and their lambs through the winter period“!
Last year’s decision in Keenan v Woking Borough Council (Court of Appeal, 16 June 2017) is also interesting, on a similar theme, making clear that where the authority fails to respond to an application for prior approval within 28 days, such that there is a deemed prior approval, if the proposed development did not fall within the criteria of the relevant part of the General Permitted Development Order it does not as a result of the deemed approval become “permitted development”.
Accordingly, whether or not you have prior approval, or deemed prior approval, your proposed development still needs to fit within all of the relevant restrictions and thresholds within the Order.
To end with M Proust:
“...loopholes opened by disappointment. Dreams are not to be converted into reality, that we know; we would not form any, perhaps, were it not for desire, and it is useful to us to form them in order to see them fail and to be instructed by their failure.”
Simon Ricketts, 17 March 2018
Personal views, et cetera 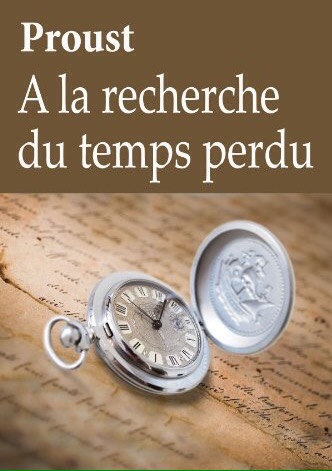