Nothing in this blog post is intended to suggest in any way that planning in London is a game of psychology, politics and process but here are the basic rules, as applied this month by Sadiq Khan in Wandsworth and Barnet.
PSI applications are defined in the Mayor of London Order 2008 as applications of “potential strategic importance” that fulfil at least one of the criteria set out in the Schedule to the Order.

PSI applications have to be referred to the Mayor before they are determined by the borough council (I include in that term for ease the Corporation of the City of London and Westminster City Council) and referred again, if he requires it, after their determination and before the permission or refusal is issued – stage 1 and stage 2 referral respectively.
The Mayor has two special powers:
First, subject to various detailed criteria and procedural requirements he can direct refusal (see my 9 September 2017 blog post Policing The SPG: New Scotland Yard). The borough council must then issue a refusal notice and the applicant has its usual right of appeal to the Planning Inspectorate. Advanced players of the game (not a game) take the view that the Mayor’s direction is potentially revocable, so in some circumstances the borough may hold off issuing its refusal notice and further negotiations will ensure. (I note for example that the New Scotland Yard refusal notice has not yet been issued).
Secondly, again subject to various detailed criteria and procedural requirements, he can direct that he should be the local planning authority and then determine it himself (almost inevitably by granting planning permission) following a representation hearing (before which there is a stage 3 report). Until this month he had only determined two applications by this route, Hale Wharf in Haringey and Palmerston Road in Harrow (see my 18 March 2017 blog post London Calling: Mayoral Interventions).
We now have two more examples:
Homebase site, Swandon Way, Wandsworth
As set out in his press release, the Mayor has resolved on 17 October 2017 to approve a scheme by National Grid UK Pension Scheme next to Wandsworth Town railway station for 348 homes. Wandsworth Council had resolved to refuse permission for the development of the site due to the height and scale of the development and its proximity to a nearby conservation area. The development included 23% affordable homes. The developer has now agreed to increase that figure to 35%, with the majority in the first phase of development, and with review mechanisms as per the Mayor’s SPG.
He had called in the scheme on 26 June 2017, noting that Wandsworth was significantly underperforming against its borough 33% affordable housing target.
The Stage 1, 2 and 3 documents are at this link.
National Institute for Medical Research site, Mill Hill

The Mayor resolved to approve on 6 October 2017 a scheme by Barratt London for 460 homes on the National Institute for Medical Research site, the Ridgeway, Mill Hill. Barnet Council’s planning committee had resolved to refuse planning permission against officers’ advice, with the proposed reasons for refusal referring to effect on a conservation area, on green belt and on trees. In his 2 May 2017 call in letter he stated that Barnet Council is “currently significantly under-delivering against its annualised housing completions targets and the borough’s affordable housing targets.” The Mayor secured an increased affordable housing commitment, from 20% plus off-site financial contribution, to 40%.
The Stage 1, 2 and 3 documents are at this link.
So it may be said that the Mayor is achieving on these schemes the percentages that he has flagged in the SPG. But I do have some open questions:
1. Where is the developer’s focus now to be in preparing proposals – on meeting local and borough concerns and aspirations or on achieving, via density, a development that is sufficiently viable to deliver the affordable housing percentages that may lead to the Mayor stepping in to assist if local discussions become difficult?
2. By his pragmatic actions, is the Mayor giving more weight to the SPG (non-statutory guidance, not policy) than it deserves, particularly in insisting on fairly rigorous adoption of the review mechanisms in the SPG?

3. When we see the draft London Plan at the end of next month, are we going to see various policies that cannot be said to be “strategic” but are drilling down to issues which should be left to be addressed at borough level?

4. Where deals are done to ensure an increased affordable housing percentage, will the increased pressure on viability in fact delay those schemes coming to fruition?

6. To what extent is party politics relevant? Is the Mayor more likely to intervene in Conservative boroughs such as Wandsworth and Barnet?

In the meantime, there are plenty of rumours about the Mayor’s planning policy direction, from tightening up on the criteria for student housing schemes to scrapping density matrices. All will no doubt be revealed on 29 November.
Simon Ricketts, 21 October 2017
Personal views, et cetera 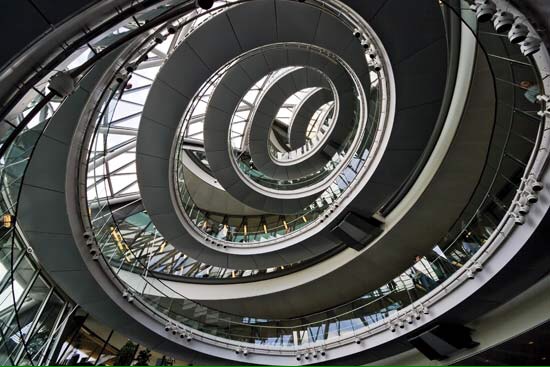