Topical issue: what are the legal constraints on the Government and local authorities in setting the fee rates and cost recovery regimes for administrative and court processes?
Claimant and applicant fee rates in particular are seen by the Government as a lever to seek to
– ensure that users of procedures make a fair contribution to the costs of providing them

– reduce the burden on the public purse and

– winnow out those who are seen as misusing the system.

This is however a dangerous game, if access to justice is to be maintained in accordance with domestic and international legal principles. How to get it right?
Dove J heard on 19 July the judicial review by RSPB, Friends of the Earth and ClientEarth of the Government’s changes to the cost capping regime regime that applies to JRs relating to environmental law matters. They take the position that the changes breach the Aarhus Convention’s requirement that access to environmental justice must be available, without prohibitive cost. I have previously blogged on the Government’s changes. ClientEarth issued this press release after the hearing but judgment has been reserved.

I would not be surprised if that set of proceedings did not end up in the Supreme Court. If so, it could be a worthy sequel to two interesting rulings from the Supreme Court in the last couple of weeks in relation to different subject areas but that same underlying theme.

(a) be dissuasive, or

(b) unduly complicate or delay the provision of the service”

The Court of Appeal had upheld the claim in 2013 and as a result made repayments totalling £1,189,466 to the licence holders, together with a further £227,779.15 which it paid, it turned out, by mistake.
However, the Supreme Court overturned that ruling in 2015, finding that the fees regime was basically lawful. There was one aspect which the court referred to the European Court of Justice, namely the way in which the part of the fee which covered wider enforcement costs was paid upfront when the application was made but only repaid if the application was unsuccessful. The European Court confirmed in November 2016 that this aspect of the regime was indeed unlawful.
The case came back to the Supreme Court with the Council arguing that it was entitled to be paid or repaid the sums it repaid to licence holders in 2013 and the licence holders in turn contending that they are entitled to retain the repayment made to them in full, because it was charged in a way which in part at least had been unlawful. In its judgment dated 19 July 2017 the court basically agreed with the Council that it is entitled to be reimbursed to the extent that it has raised fees lawfully, but it has remitted the case to the Administrative Court to resolve a whole host of complexities that arise from the whole mess, including a number of accounting issues, complications arising where licensees have ceased to exist and the recovery of the monies that the Council had paid by mistake.
Implications for planning
It may be thought that our planning system currently has the opposite problem: many applicants would be willing to pay higher application fees if the fees enabled authorities to staff up and offer a faster, better, service. The Government went less far than many would have wished when it announced in its February 2017 housing white paper that:
“We will increase nationally set planning fees. Local authorities will be able to increase fees by 20% from July 2017 if they commit to invest the additional fee income in their planning department. We are also minded to allow an increase of a further 20% for those authorities who are delivering the homes their communities need and we will consult further on the detail. Alongside we will keep the resourcing of local authority planning departments, and where fees can be charged, under review.” (para 2.15)
But even that relatively weak and overdue measure has not yet been brought into effect.
More controversially the white paper indicated that the Government would consult on introducing a fee for applicants submitting planning appeals: “We are interested in views on this approach and in particular whether it is possible to design a fee in such a way that it does not discourage developers, particularly SMEs, from bringing forward legitimate appeals. One option would be for the fee to be capped, for example at a maximum of £2000 for the most expensive route (full inquiry). All fees could be refunded in certain circumstances, such as when an appeal is successful, and there could be lower fees for less complex cases.”

The white paper consultation sought views on:
“a) how the fee could be designed in such a way that it did not discourage developers, particularly smaller and medium sized firms, from bringing forward legitimate appeals;

b) the level of the fee and whether it could be refunded in certain circumstances, such as when an appeal is successful; and

c) whether there could be lower fees for less complex cases.”

This is another area where we await an indication of whether the new ministerial team will take a different approach. Careful note will need to be taken of the Supreme Court’s rulings in Unison and in Heming.
Finally, court fees continue to increase, most recently, from 26 July 2016, by way of the Civil Proceedings, Family Proceedings and Upper Tribunal Fees (Amendment) Order 2016 . The Order’s explanatory memorandum puts it like this:
“The majority of fees affected by this instrument will be increased by a rate which is above the level of inflation. The Government has decided, in view of the financial circumstances and given the reductions to public spending, that such an increase is necessary in order to make sure that the courts and tribunals are adequately funded and access to justice is protected, in the long term.”
In relation to judicial review, the fee levels are still relatively modest compared to some other court procedures but are still significant sums for some claimants to find, particularly at short notice:
– application for permission to apply £154 (previously £140)

There is that tired saying about justice in England being open to all, like the Ritz Hotel. It’s true, save that the Ritz doesn’t close its doors for months on end. The court term ends on Monday 31 July (with the next term starting on 1 October).
The end of this term marks the end of an era for the Supreme Court: Lords Neuberger and Clarke are retiring (there is an amusing Legalcheek account of their 28 July valedictory speeches) and Lady Hale will become president (only of the Supreme Court unfortunately rather than of the western world). If only we were to see more blogging from the retired judiciary such as that of Sir Henry Brooke. Do read his recent blog post on a truly surreal Tribunal case.
Simon Ricketts, 29 July 2017
Personal views, et cetera 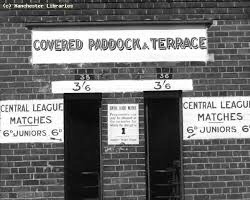