Section 237 must be one of the best known sections of the Town and Country Planning Act 1990, beloved of planning lawyers – as for once we can be useful to our property colleagues.
Section 237 of course ensures, after an appropriate amount of detailed lawyering, that development can proceed without risk of injunctions from those whose easements (eg rights of light) or other rights (eg the benefit of restrictive covenants) may be affected. Where a local planning authority acquires an interest in land for planning purposes, or, where it already holds the interest, “appropriates” it for those purposes, interference with those interests or rights gives rise only to compensation rather than any risk of an injunction.

Although perhaps no surprise given the fact that the procedure is more than 50 years old, dating back to at least the Town and Country Planning Act 1962, it is very light in terms of process. Despite its effect being the removal of third parties’ private law entitlement to injunct against infringement of their rights, there is:

– no right on the part of those affected to object or have their grievances considered by an independent body, even though, because compensation is assessed on the basis of dimunition of value of their interest as a result of the interference (which will usually be less than the level of damages or settlement payout they could have secured in lieu of an injunction) the financial implications can be significant.

The power is useful in conjunction with use of an authority’s compulsory purchase powers, to ensure that, once land for development has been compulsorily acquired, problems will not arise through third party rights over the land acquired. However, nowadays the power is often used by authorities who are not looking to acquire land in their own right but rather looking to de-risk a development, hand in hand with a developer’s negotiations with those whose rights of light and other rights and easements may be affected – the approach of the courts to rights of light infringements still being difficult to predict (eg recently the Court of Appeal in Ottercroft Limited v Scandia Care Limited and Rahimian). The authority will proceed on the basis of an agreement by the developer to underwrite the authority’s compensation liability and (where the authority does not already have a legal interest in the development site) arrangements for the authority to acquire a freehold or leasehold interest in the development site – usually for a limited period of time and structured to minimise unnecessary risks and SDLT liability, prior to the interference occurs.

Most recently the Corporation of London’s April 2016 decision to use the power to assist the development of 22 Bishopsgate attracted much publicity, possibly due to the nature of the scheme, which will become the City’s tallest building, rather than anything unusual about the use of section 237. 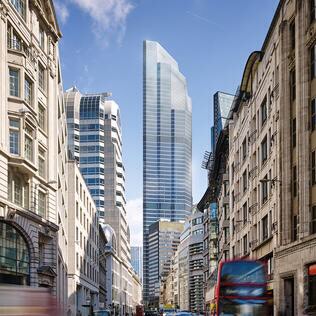 Since 13 July 2016 the section 237 mechanism has been replaced by the similar (but slightly different!) power in Section 203 of the Housing and Planning Act 2016.

The main changes between section 237 and section 203 are that:

• section 203 can be utilised not just by local planning authorities but other bodies with compulsory purchase powers, including statutory undertakers;

• in order to rely on the power, the authority must show that it “could acquire the land compulsorily” for the purposes of carrying out the development;

• there is an express exclusion in relation to easements or rights enjoyed by the National Trust;

• the new section expressly limits the power to situations where the development that creates the interference is related to the purposes for which the land was acquired or appropriated (a gloss upon section 237 that had been established by Midtown Limited v City of London Real Property Company Limited ).

It is odd that once the decision was taken to update the section 237 procedure, more was not done to resolve the uncertainties that surround its operation, particularly given that by definition its use is usually contentious, being designed to affect the relative negotiating strength of potential litigants. The uncertainties are well described in a 2011 paper by Neil Cameron QC.

The “could the authority acquire the land compulsorily?” test in section 203 is bound to lead to litigation. It was an open question under section 237 as to whether, before using acquiring or appropriating, the authority had to meet the same public need tests as would need to be satisfied were it to compulsorily acquire the land and as to whether consultation and negotiation was first required with those whose rights were to be affected. The main judicial authority for that position is a first instance ruling by McCullough J in R v Leeds City Council ex p Leeds Industrial Co-operative Society Limited, 1997. That, and the enactment of the Human Rights Act 1998, has led to additional caution as to the steps to be taken before invoking the procedure, including:

– identifying those likely to be affected

– seeking to resolve matters by negotiation, potentially on the basis of a more open discussion that one based solely on diminution in value as the basis of any settlement

– ensuring that there is the authority gives reasonable publicity to its decision to rely on the power (so as reduce the risk of a claim for judicial review of the decision being allowed out of time).

Care is also needed in determining the structure for granting the authority an appropriate interest, so as to ensure that there can be no complaint about state aid or disposal of land at an undervalue (when the authority is called upon to relinquish its interest).

The gnomic drafting of section 203 will continue the debate as to just how much needs to be done in order for the procedure to be legally effective.